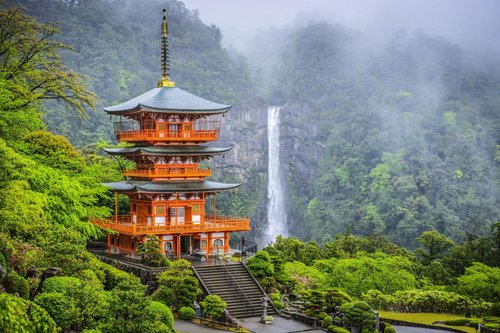 Japan, the birthplace of anime, must be on your travel plan if you are an anime lover. It’s no surprise that millions of anime fans flock to the country every year to explore the world more closely. There are numerous places of attraction, and the central theme of these places is the anime and manga themes. For instance, the Tezuku Osama Manga Museum located in Takarazuka stands as a tribute to Osamu Tezuka, the father of manga and anime. The legendary artist is the creator of the Astro Boy series, the first of the anime. The various pods of the museum tell the stories of Tezuka’s life and career.

The whimsical and strange world of Studio Ghibli welcomes you to experience the intricacies of anime creation. Some of the most popular animated movies like Howl’s Moving Castle, Spirited Away, and Princess Mononoke happened here only. There are life-sized replicas of the robot from Castle In The Sky and the Totoro character from the movie My Neighbor Totoro. The grounds show the special animation exhibits. You can watch the short films at the theatre of the museum in the studio itself.

And your trip will never be incomplete without including Akihabara in your bucket list. It is the center of otaku culture. Otaku is a slang that represents the Japanese people who show deep interest in the anime culture. The world of japan anime comes alive in front of you as you watch the shops selling only manga, anime, and gaming objects. You can buy anything related to the anime world and also find the rare items that you won’t find anywhere else in the world. The Tokyo Anime Center is an idea for exhibits, tours, and events. You should also visit Radio Kaikan to explore ten floors of anime-related collectibles and toys.

Top Things to do in Paris that You Can’t Miss

Car Insurance Online: Protect Your Vehicle with the Right Coverage

admin - January 26, 2023 0
Owning a car is a major responsibility, and one of the most important steps in protecting your vehicle...

admin - January 26, 2023 0
With so many different types of carpet cleaners available, it can be hard to know which one is...

Top Things to do in Paris that You Can’t Miss